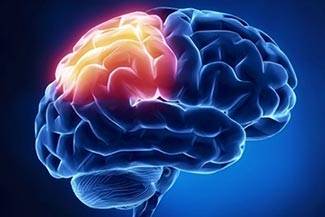 Vision therapy with Dr. Medeski has been a wonderful solution for our family. Both of my 11-year-old boys are of the opinion that their therapy has resulted in their improved vision and overall having their eyes feel better. When it has been “hard to keep with it” some days and they are given the choice to stop or keep going, they see enough benefits of the treatment that they are self-motivated to continue despite. Choosing 10 minutes of vision therapy over 10 minutes of Minecraft is a strong endorsement at that age?

Gaining approval with our insurance company took almost eight exasperating months with weekly follow-up. Before you start, have your information up front (in our case the safety implications), keep detailed records of each communication, and stay calm. Remember, the voice on the other end of the phone often is as frustrated as you are with the process and getting upset is only detracting from your ability to find a solution… That being said, keep reading, it really was well worth the effort.

While both our boys have had positive experiences, their individual journeys have been very different. Following is a little bit about each of their unique situations.
Our oldest (albeit by one minute) son was frequently falling down before bed or during a soccer game. We had thought it was a “stalling tactic” or a general balance issue. Once we realized that as he got tired or had extra stimulation, he was unable to correctly see, we changed our focus to trying vision therapy. The results have exceeded our expectations as he is no longer tumbling.

Our other son has the added challenges of Cerebral Palsy that affects the gross motor response of his legs. He is exceptionally bright and yet would ask questions like “where is that hole in front of me?”. As a parent I was stumped why he was asking when clearly he was aware of its presence. Again, we turned to vision therapy as a safety concern. We were able to maximize his vision potential with therapy and he was able to perform functional tasks such as cutting food at the table that had previously been difficult to impossible. During the process, it was realized he had reached the physical limitations of his body and we opted to have him undergo bilateral strabismus surgery. Post-surgery he is again undergoing additional vision therapy. While this is a slow road, we are already seeing some noticeable changes. He does not have a binocular vision as of yet but is now beginning to do things like differentiating depth on things like sidewalks which is critical to his safety when walking with crutches or maneuvering a wheelchair. In evaluations completed at school designed to assess his ability to integrate visual and motor abilities he has previously been described as borderline below average and is now solidly performing in the average spectrum. The most exciting change has been watching his joy as he now can do things like play catch with his brother!

THE GOOD: Things that were previously frustrating for the family as a whole, like recurrent falling down or trouble cutting during meals have virtually gone to the wayside. Both of our sons say their eyes are no longer tired in the evening or when doing homework.

THE BAD: Like any therapy, this is not a quick fix and you only get out of it what you put into the process. Our family is committed to healthcare as a whole and still it isn’t easy to find time.

While it can be extremely frustrating to have to add one more thing to an already seemingly endless to-do list, the long term benefits of this procedure far outweigh the short term inconvenience and challenges. Ultimately, this effective treatment has helped our children pursue their love of reading and learning more easily as well as provided a much safer physical environment to interact with.

Request An Appointment
Patient Forms
Email Us
Our Promotions